We are all fully vaccinated.
Read our other COVID precautions here.

This pain-free technique works anywhere in the body and is accomplished though gentle pressure and comfortable positioning.

Pain relief is typically experienced immediately.  So much so that clients have told us it's like magic!

SCS is excellent at restoring range of motion as well as releasing pain in muscles and joints.  It is effective in treating acute traumas (such as those seen in car accidents, sports injuries, and sprains) as well as chronic pain conditions (such as post-surgery pain, arthritis, headaches, low back pain, fibromyalgia, and carpal tunnel syndrome).

Our therapist Brian is currently the only therapist trained in this modality.

The Origin of Strain Counterstrain

SCS was developed in the 1950s by an osteopathic physician (DO) named Lawrence Jones.  He initially discovered this method by mistake while treating a patient that had not responded to the traditional techniques he had been taught.

The teaching at the time was that the only way to address somatic (body framework) dysfunction was with high-velocity thrusts that would fix locked joints.  He had had good results with this technique, but he still had some patients that were not responding.

One such patient was a young man that suffered with psoasitis (stooped posture with the inability to stand fully erect) and severe pain across his low lumbar (lower back) area.  His pain was so bad that he could not stay in a position for more than 15 minutes without pain.

He had treated this patient for six weeks with no relief of symptoms.  The patient had seen two chiropractors in the previous 10 weeks with the same result.  Since his pain was preventing him from getting restful sleep, Dr. Jones devoted one whole session to finding a position that he could sleep in with relatively little pain.

After 20 minutes of moving the patient around, a position of great comfort was discovered and the patient experienced relief for the first time in months.  Dr. Jones left the man in that position while he attended to another patient.  When he came back and helped the man up, he was astounded to see that he was able to stand fully erect with near pain-free range of motion.  It was this case that started Jones down the path of positional release techniques for all somatic dysfunctions.

SCS uses tender points to pinpoint and monitor specific areas of somatic dysfunction.  Not to be confused with trigger points, tender points are small zones of tense, tender muscle tissue that are at least 4 times as sensitive to palpation than normal tissue.  They produce a discrete, non-radiating pain that causes a client to involuntarily flinch or grimace when a moderate pressure is applied.

Once a tender point is located, the therapist places the client in a position of greatest comfort.  This position is held for at least 90 seconds and then the client is returned slowly to a neutral position.  This amount of time is sufficient to allow the dysfunctional muscle and proprioceptor nerves to reset, significantly reducing pain and increasing range of motion.

If this technique is something you would like to experience, book an appointment with Brian.

* By appointment only.
We are unable to
accommodate walk-ins. 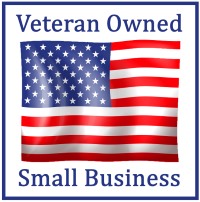 Want a chance to win a FREE $50 gift card every month?  Sign up for our newsletter.